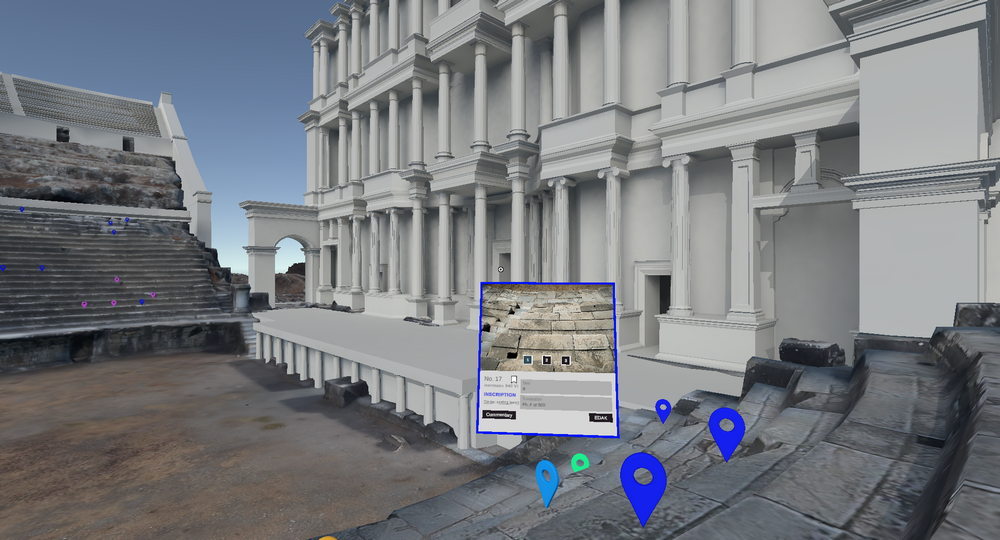 In the cities of Roman Asia Minor, inscriptions were omnipresent. They are a comparatively complex medium whose perception was influenced by the particular text as much as by its formal design, its material or its location. The spectrum ranged from the hastily engraved graffiti on the wall of a room to the extensive imperial epistle carved in careful letters on the outside wall of a temple. Since persons from different social status commissioned the inscriptions in various situations, it can be assumed that these contributed to an agent-based structuring of public space. For example, inscriptions with large letters embedded in metal could have generated a surplus of meaning that made a square appear 'central' regardless of its position in the city map, thus requiring certain patterns of behaviour. So called topos-inscriptions, with which dealers marked their public stands, structured a street and permanently represented a group of people that was otherwise only temporarily present in the cityscape. Hence, the distribution of the inscriptions and their design can reveal spatial constructions resulting from competing agents. Apart from providing an elaborate case study of the Greco-Roman period, the project will serve as an example for transcultural and diachronic comparison of inscribed spaces, involving perspectives and methods from classical archaeology, ancient history and human-computer interaction.